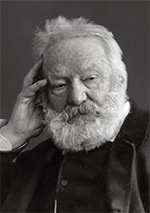 ALAI was created in Paris in 1878 on the initiative of the SOCIÉTÉ DES GENS DE LETTRES, with Victor Hugo as Honorary President. Its primary objective was to initiate the creation of an international agreement for the protection of literary and artistic property.

Furthermore, since its foundation, the Association has had a privileged relationship with international institutions and, as such, has taken part in a number of major events in the field of copyright.